Replaced the 300 amp service due to a tree falling on the wiring during a bad thunderstorm. The house had 2 service mast each with 150 amp service wire. The BGE was broken and also ripped from the house and the telephone pole. Instead of replacing the bent and broken service mast we decided it would be way more beneficial to install the new service underground. We then had our underground utility personnel bore in 4” PVC from the BGE telephone pole to the back corner location of the house where the electrical meter is located. 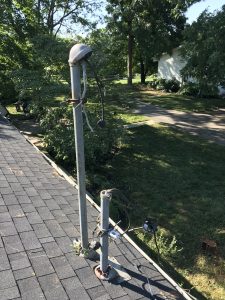 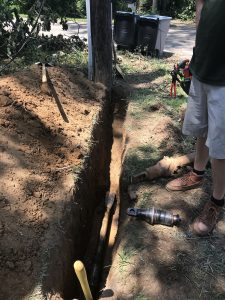 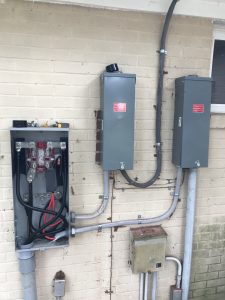 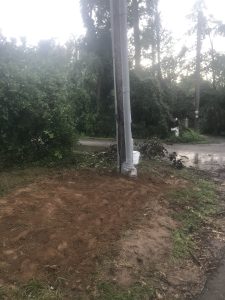 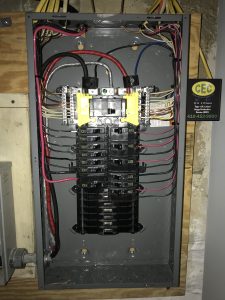 We then replaced the 2 old disconnects due them being out of code.  We then installed new 150 amp disconnects on the back of the house. We updated the grounding. Replaced the old breaker due to code violations such as the panel being overloaded and having tandem breakers. The grounds and neutrals were not separated properly. No main lug covers, Neutral and ground wires under the same terminal screws, to many wires going through a connector in multiple connectors, and no surge protection. We then removed the old panel and breakers and the old improperly installed sub panel, installed new 150 amp panel and combined all the wiring to one panel. Installed surge protection as per code. 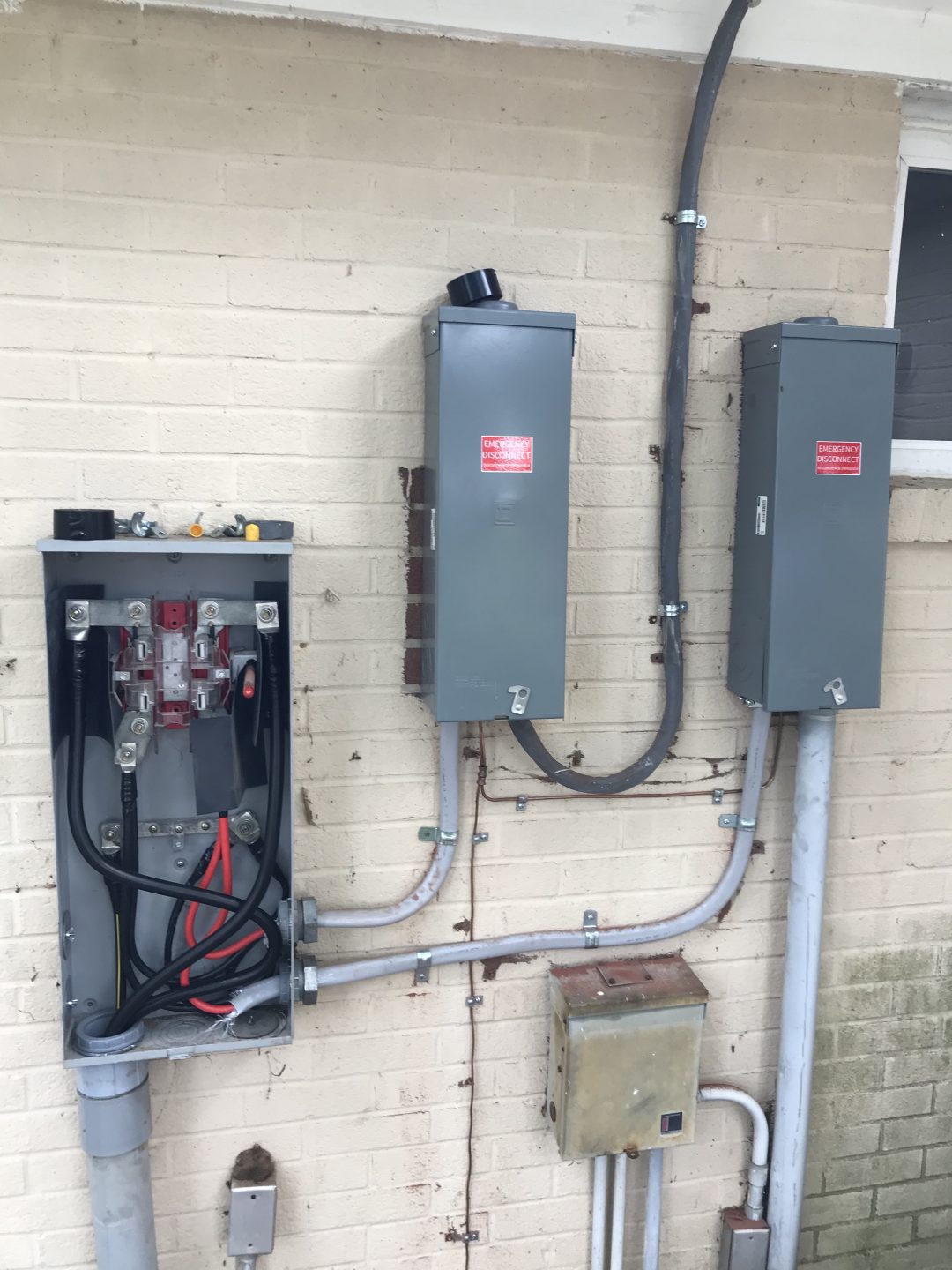